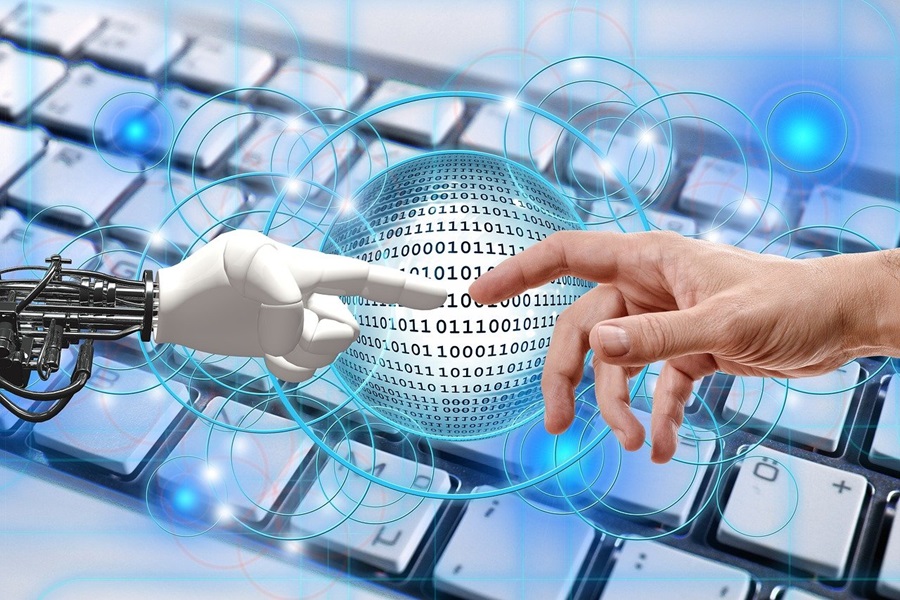 Programmers are the people who shape up the future. They create almost everything we use in this virtual world. They write code, create applications and automate most of the tedious tasks we have been performing for centuries. Sure physical machines also play a crucial role in shaping our future.

The future of programming

If you take a look into programming circles you can see a very common pattern evolve into place.

Managers and business leaders don’t care about the best programming language. All they care about is efficiency and the speed at which anything can be created or modified. They don’t care if the code is 10 lines or 1000 lines long. All they need is something that is easy to create and then customize. They need something that will be efficient and take up less resources.

In that sense, it completely makes sense for programming to be with less codes or codeless in the future. An environment where you can create applications and websites without any code is not something new.In fact, there are 1000’s of organizations dedicated to help business leaders develop applications without any coding or programming knowledge.

Even though we aren’t at that stage right now, it’s just common sense to understand that businesses are looking for something like this. If you take a closer look at history, whenever there was a need for something, it has been created.

Yet again, it’s just common sense to say that the future of computer programming could be bad for programmers who are not really skilled at their craft.

What hope lies for programmers in the future?

Not all of us can become programmers. That’s the god honest truth that everyone needs to realize in this world. Right from 2018 we are starting to see a bunch of startups, training institutes and bootcamps aimed towards teaching programming.

Yet again, it’s common sense that riches lie in places where Demand >>>> Supply. But with so many students and professionals training to become programmers, the scale has now tipped in the other direction.

We now have an excess supply of programmers while the demands are going low. We are living in a crazy time where Supply >>>>>>>>>> Demand.

So there are two ways in which programmers can create a better future for themselves.

Upskill themselves on new languages

As we’ve seen before, the future of programmers is highly uncertain. So if you’re serious about programming, you need to upskill yourselves by learning up the programming languages of the future. With that sentence, you might get the following question

What are the top programming languages of the future?

Python is a versatile programming language that allows you to create anything from application to websites. One of the best benefits of python is the extensive support you get from the community.

On top of all this, the simplicity and versatility of python make it one of the best programming languages to learn. It’s a great place to start upskilling yourself as a programmer.

Much like python, R also comes with a set of libraries to support your process. Libraries like ggplot, tidyr help you create powerful applications with half the time spent. Here are three helpful characteristics of R as a programming language.

Yet again, the helpful community around java makes it easier to develop complex applications quickly. Many programmers use libraries like Jsat, JAVA ML, Weka and Adams to design applications for machine learning.

Scale is a beautiful programming language that combines the beauty of Object oriented programming and functional programing into one language. Scala is a JVM language that helps programmers create highly scalable systems that perform very complex tasks with ease

Companies like Linkedin and AT&T use scale to create everything from complex machine learning algorithms to web applications.

C# is an open source, object oriented programming language that runs on the .NET framework. This tool was used by programmers to create tons of web applications and games. C# was famously used to create web and desktop applications for phones that used a Windows OS.

Kotlin is a programming language that works on the Java Virtual Machine. This programming language is very popular among android developers because of its interoperation capabilities between java. This tool is really easy to learn and can be implemented with any Java IDE.

Pivot to where your skills will pay off

Programmers are always talented with analytical thinking and creativity. There are hundreds of jobs where you can use both these skills to build a really successful career.

There are some examples of roles that might fit for a programmer. There are still hundreds of unexplored careers and uninvented jobs that might open up for computer programmers in the future.

Not all of us can be programmers, but there’s no harm in learning a bit about programming.