What is AWS Proton? 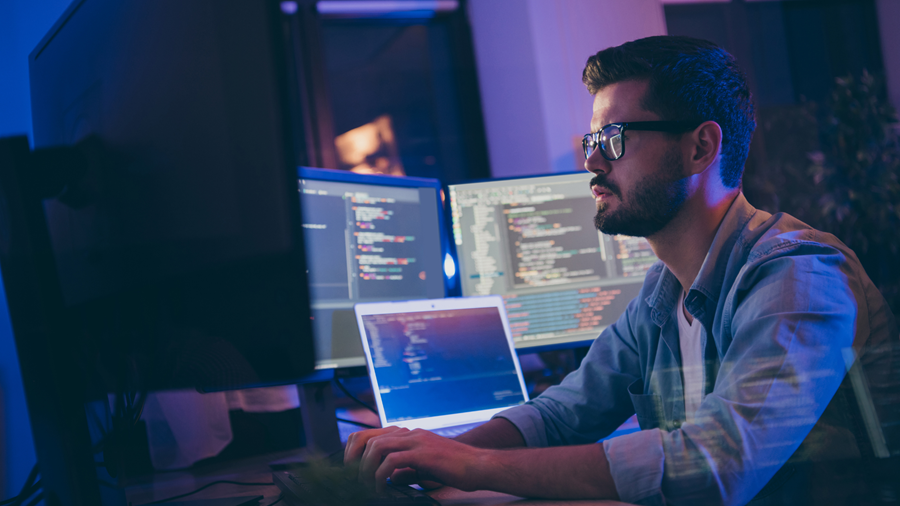 Microservices is taking the IT world by storm due to its architectural style that is based on a loosely coupled approach. This helps to manage large-scale applications easily. Using microservices, applications no matter how small or large they are, can be effectively broken down into core functions. The best part - each function works independently without interfering with the other functions.

DevOps teams envelop these independent bits of functionality in microservices and build larger applications with microservices as the building blocks. This allows them to continuously iterate and deliver easily at a faster rate.

Wrapping up and deploying microservices inside containers to isolate each service, has proved to be an effective and successful deployment strategy. AWS Proton is one such tool that can help your DevOps team deploy containerized applications on the go.

Let us probe further into what AWS Proton is and what sets it apart from other AWS services.

What is AWS Proton?

AWS, during its Annual Developer Meet in 2020, released the public preview of AWS proton, a fully manageable and automated deployment service for containers and serverless applications. But now, AWS proton has hit the general availability and is available in the following AWS regions: US East (North Virginia), US East(Ohio), Asia Pacific (Tokyo), US West (Oregon), and Europe (Ireland).

AWS Proton is an application deployment service that brings together infrastructure as code, CI/CD features, and other monitoring tools under a single umbrella, allowing developers to go from code in a repository to running microservices in their AWS infrastructure.

The infrastructure as code part is heavily emphasized in AWS Proton. The issue with microservices is that these small, unconnected independent parts within the app’s architecture make it difficult for the application to scale up.

Proton can be used as a self-service platform that can be customized based on your needs. You can create templates for services so that they can be deployed and tested in different environments. These service templates can include the source code, the infrastructure, and dependencies needed by the application along with CI/CD pipelines. This means AWS Proton does end-to-end deployments, including databases and load balancers.

Each template also has its own version, so it is easy to segregate the templates that are used for testing and the ones used for deployment in any environment.

When should you adopt AWS Proton?

It is best to adopt AWS Proton when your organization is large enough to accommodate teams for maintaining different service templates for different applications to run on different environments.

If your enterprise houses tens to hundreds of applications that require efforts to be duplicated including creating infrastructure and deployment pipelines each and every time, then AWS Proton can help save a lot of time for your organization. This is true especially in deployment scenarios and staying updated with current standards.

Since each Proton template comes with a version, it is easy for the platform maintenance team to monitor which version is used by the application. They can also identify which version is running on a specific environment and make sure everything is compliant with the environment.

The application developers can use the preconfigured service template information and environments to connect their source repository from a platform like say Github or Bitbucket and deploy it with minimal effort. They can avoid duplicate tasks like creating infrastructure and building deployment pipelines as Proton handles it via the template services. It also provisions every required dependencies and infrastructure. Note that these service templates are created by teams handling AWS Proton and other cloud resources.

Use cases of AWS Proton

Proton aims at helping enterprises manage their microservices-based deployments at a larger scale. It promises automation of infrastructure management and abstracting deployments.

AWS is designed to automatically sync and create a new version as changes are done and committed to the Git repo. With template syncing (as in deployment), just choose a Git repo or folder from which the template will be synced. Proton will take care of the rest including automatically updating your production infrastructure under the hood.