TCP vs UDP: Everything you need to know 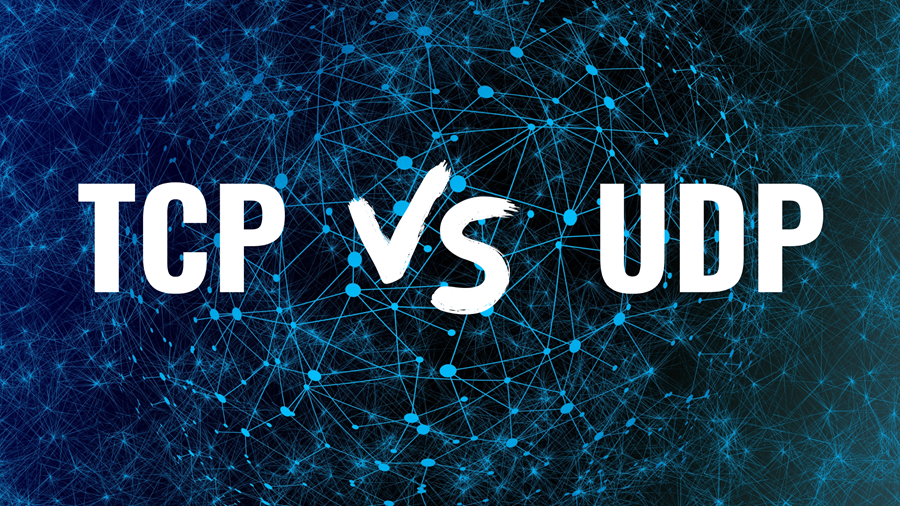 If you are into networking or have explored the network settings of your devices, then it is highly likely that you have come across the terms: TCP and UDP. But before probing into these terms, we need to understand some basics about networking.

The messages between two or more devices are always sent in the form of packets, using an IP address. Now IP address is a unique set of characters that identifies each device connected via the network.

Communication between two devices is facilitated using an IP address which is the source and destination. And the communication is governed by a set of internet protocol rules which is either the TCP or UDP.

Now that you have a fair grasp of how the internet works and everything the internet protocols, let us proceed to understand the differences between TCP and UDP.

TCP stands for Transmission Control Protocol. It is a heavyweight internet protocol that is more stable and reliable in today's online world. For instance, say your device sends a request to a server seeking some data. The server responds back with a numbered queue of TCP packets, which are then bonded together to form a normal webpage.

When details matter, TCP is the go-to protocol and it even checks the data packets and target, ensuring that the data bits reach the destination in the correct order.

Due to this constant two-way communication and multiple checks, TCP is usually slower than its counterpart, UDP. However, due to its data loss prevention, TCP has found its way into text messaging, sending emails, checking bank account details, or any other major file transfer methods.

Here are some of the key features of TCP -

When data is transferred using the TCP/IP protocol, each IP packet is divided as a TCP segment. Each TCP segment comprises a header and data. TCP header contains miscellaneous data about the source, target, and delivery rate of data packets. And the data constitutes the message to be sent to the destination.

The TCP header contains more fields than the UDP does. And some common fields shared by TCP and UDP are the source port number, destination port number, and checksum.

Here are the use cases of TCP/IP -

UDP stands for User Datagram Protocol. It is a lightweight protocol, widely used in media-related domains. It can detect the corrupt data in data packets but does not solve problems such as lost or out-of-order data packets. This is the sole reason why UDP is also known as an unreliable data protocol. Even though it is unreliable, it is still used for time-important applications due to its speed such as live video streaming and video conferencing where speed is more important than accuracy.

It is faster than other internet protocols as it does not bother about doubling checking data packets and requesting data from the server like the TCP.

Also, there is no acknowledgment mechanism in UDP. TCP sender sends data only when the receiver acknowledges that it is ready to receive the data. On the other hand, UDP implements a one-way handshake i.e sending data to the receiver without any acknowledgment.

Here are some of the key features of UDP -

When sending data packets using UDP over IP, each IP packet is divided as a UDP segment.

UDP holds an 8-byte header and data segment of variable length. The first 4-byte header in UDP stores port numbers for both the source and the destination. Unlike TCP, UDP contains fewer fields as it does not acknowledge data and perform two-way handshakes. Also, each UDP segment is handled differently, as there is no connection path between the UDP sender and receiver and each UDP packet takes different paths to reach the UDP receiver.

Here are the use cases of UDP/IP -