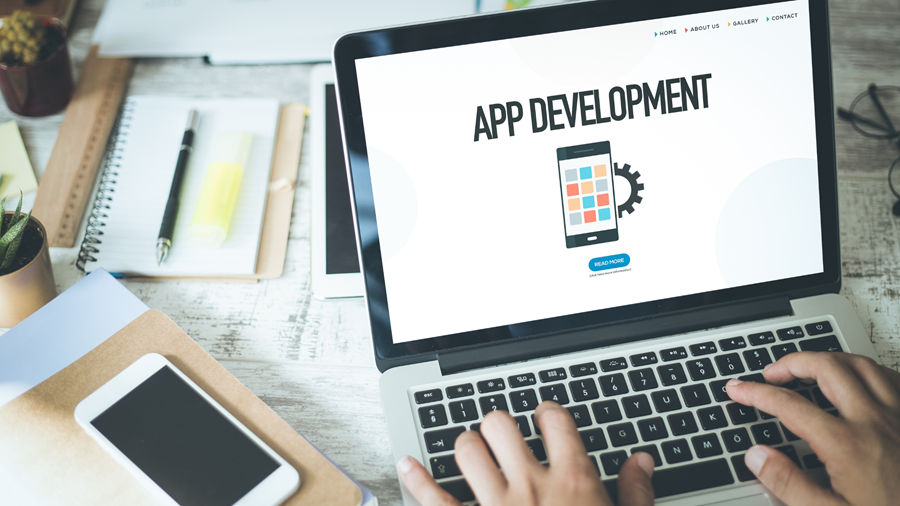 Businesses have understood the dominance of customers in this competitive world and are ramping up their strategies to provide them with products and services that are user-friendly.

But the real confusion for these businesses surfaces when it comes to deciding the right platform to build the applications.

Since the onset of application development, native apps were hailed over hybrid apps as they were platform-specific and had an edge over hybrid apps. But years later, it was heavily criticized due to its confinement to a single platform and its inability to be tailored for usage in another platform. This is not the case with hybrid apps.

But what exactly are Hybrid apps and where does Ionic fit into the picture. This post will offer answers to all your questions around it.

What are hybrid apps?

A hybrid app is a crossover between native apps and web apps. They are web applications put in a native app shell. Once they are downloaded from the app store and installed, the shell is able to communicate with the capabilities provided by the mobile platform through a browser embedded in the hybrid app.

Hybrid apps are popular among developers as they have to write the mobile app code once and then deploy it to multiple platforms. This is because hybrid apps accommodate an extra layer between the source code and the target platform(which is obviously the embedded browser).

Hybrid apps work like web apps but are installed in the device like native apps. Like web apps, hybrid apps are written using HTML, CSS, and Javascript. Hybrid apps run inside a container. Then the device’s browser renders the HTML, Javascript, and native APIs to connect with the device-specific hardware.

From running on different platforms to easily availing patches and updates, hybrid apps are starting to unfold their potential in the digital world due to the arrival of the IONIC framework. Ionic is continuing to radically change the way in which hybrid apps are built in a good way.

What is the Ionic framework?

The ionic framework empowers enterprise developers to provide seamless digital experiences by providing stunning apps to all operating systems. All it takes is a single codebase enabling the apps to run in diverse environments.

It primarily focuses on offering a native feel to applications while also focusing on web functionalities. Also, the Ionic framework has an easier learning curve than other frameworks like React Native and provides an organized environment for developers to work in.

How is it different from other UI frameworks?

Unlike responsive frameworks, Ionic is packed with rich native-styled elements similar to those you will see in a native SDK on Android or iOS. Also, since Ionic is built over AngularJS and Cordova, it provides you with the firepower for building robust web apps. It also follows standard state management patterns and all the standard patterns that would be followed in angular development practices.

Why opt for the Ionic framework for development?

Here are some key benefits of using the Ionic framework -

It is open-source and absolutely free

Who doesn’t like a rich UI interface where you can select and work on UI elements rather than coding them individually? Ionic framework arms you with a prebuilt UI set in the form of forms, action elements, navigation bars, tab bars, and many more which allows you to focus on building the application rather than breaking your head over common UI elements. Moreover, the code is reusable and developers can add a personal touch to their apps by modifying the CSS classes.

Starting with a framework is not easy, as even experts may get stuck and may not be able to dig solutions for some problems. But since Ionic is built on top of popular technologies like Cordova and Angular, there is a huge community base following Ionic and developers can get solutions on blog posts and forums that are already published.

Testing has become easier than ever before with Ionic. You can run simulation testing on Android or iOS using Cordova commands. You can even do testing with a mobile browser in iOS and Android. Remote debugging is also supported.

Plugins are small snippets of code that provide extended functionality to your application. Cordova plugins can be used with Ionic and can do wonders to your application like providing access to the battery, pro location, camera, and access logs to name a few.

Officially the Ionic framework is integrated with Angular, but also extends its support to ReactJS and VueJS which are in development.

Recently, Ionic Vue, the native Vue version of the Ionic framework was released that helps in building Android, iOS, and progressive web apps. Ionic Vue is accommodated with all the robust features shipped along with Vue 3.

However, having so many advantages, the Ionic framework poses an early adopter risk. Since Ionic technology is new and blooming, its support and standards are continuously changing and its libraries can be entirely rewritten anytime.