What is CDN and what are its types? 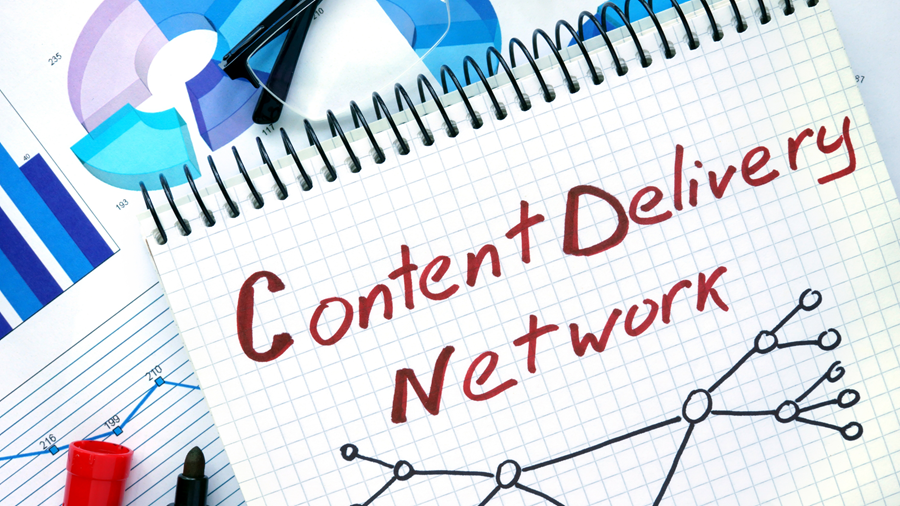 A Content Delivery Network, abbreviated as CDN is an indispensable part of most modern websites and applications. Viewing content on a website or an app is often made possible via CDN. Most of us never realize that we interact with CDN on a daily basis - be it for reading news online or while shopping for your favorite products.

But what exactly is CDN and why has it found such widespread acceptance. Let’s find out.

CDN is a globally distributed network consisting of servers that are capable of providing faster performance, lesser load time, and advanced security to websites while publishing their content.

Let us assume you have created an e-commerce website for your store and hosted it on a server in California. The content to be displayed on your website, be it textual or image, or video, has to be loaded to the user’s device upon request irrespective of where they are located.

Now, a user in Rotterdam is requesting for the resources to be displayed on your website, which is called from the server situated in California. Owing to the distance of about 5435 miles between the server in California and the user in Rotterdam, a few hundred milliseconds get added to the load time, which frustrates the end users and even impacts the search engine ranking of your website. This is where CDN unfolds its potential

Recall that CDN is a globally distributed network of servers. Now, these servers are in different geographic locations spread across the world and are called CDN PoPs(Point of presence). Instead of delivering website resources from a server hosted in a corner of the world, CDN PoPs that is closest to the user’s geographic location deliver your website content to the user’s screen more quickly. With lesser load time, your end users will enjoy a better user experience and your SEO rank will go higher.

Since the CDN PoP is in the first layer of receiving incoming traffic, it masks your actual server under several layers. The CDN PoPs can differentiate between good and bad network traffic; the good traffic is redirected towards the servers, while the bad traffic is taken care of by the closest CDN PoPs, mitigating DDoS attacks and optimizing performances.

Bandwidth consumption is a major concern for many websites of today. Through caching and other optimization techniques, CDN pulls less data than the original server would provide. This reduces the website hosting costs for enterprises and ensures a seamless experience for the end-users as well- a win-win situation for both sides.

There are two types of CDN that have their own mode of functioning.

Web content is pushed proactively from your hosted server to the CDN PoP nested near your end-user location. When the end-user requests web resources, the nearest CDN has a neat package populated with the web content. It then seamlessly delivers them to the browser.

Push CDN means that the content is pushed from the server to the closest CDN before pushing it to production. There are a lot of free ping checkers online to check your requests and responses. When it comes to pull CDN, the web content is cached in the nearest PoP server only after the first request has been made. Instead of calling the server every time, during the first request, the data is actually pulled from the hosted server and cached at CDN PoP servers. Once the first request is made, the website will be up and running. The first request is crucial in setting off the chain reaction that involves pulling and storing data in CDN caches in different geographic regions. Which of the two is the better CDN?

If you think that choosing between push CDN and pull CDN for your website is a daunting task, then you are mistaken. Both of the CDNs do equally well and serve the purpose. However, in some cases, one might be preferable to the other.

To give you a better insight, pull CDNs are used in websites that are frequented with a huge amount of network traffic. This is because the content is relatively stable and once fetched it is widely spread out.

When your website needs a minimal amount of traffic, you might prefer push CDN, as the content is pushed only once from the main server to the PoP zones and revised if changes are needed.

On the other hand, pull CDN is easy to set up and does much of the work for you. Also since it pulls web elements once the first request is made, it reduces storage consumption.

However, a pull CDN might result in a slower page loading than a push CDN as the users are requesting the resources for the first time or after the content in the cache has expired.

Downtime and slow loading pages can perturb users in the middle of a critical transaction and may damage the credibility of your company in the eyes of the audience. You can use CDN (push or pull) to optimize load time performances so that users do not feel anxious during an important transaction.